Prometheus Group is a planning and scheduling management software company based in Raleigh, NC with a valuation of 1 billion dollars. As the company continued to expand its global footprint in recent years, they also outgrew their headquarters in Raleigh and began searching for a new space that would accommodate their growing team. They desired a space where they could create a branded image of not only who they were at the moment, but where they were heading in the future. Their existing space was a conglomeration of multiple suites that they had incrementally expanded into as their numbers grew. The resulting space felt disconnected and did not promote the unity that was Prometheus Group’s culture. 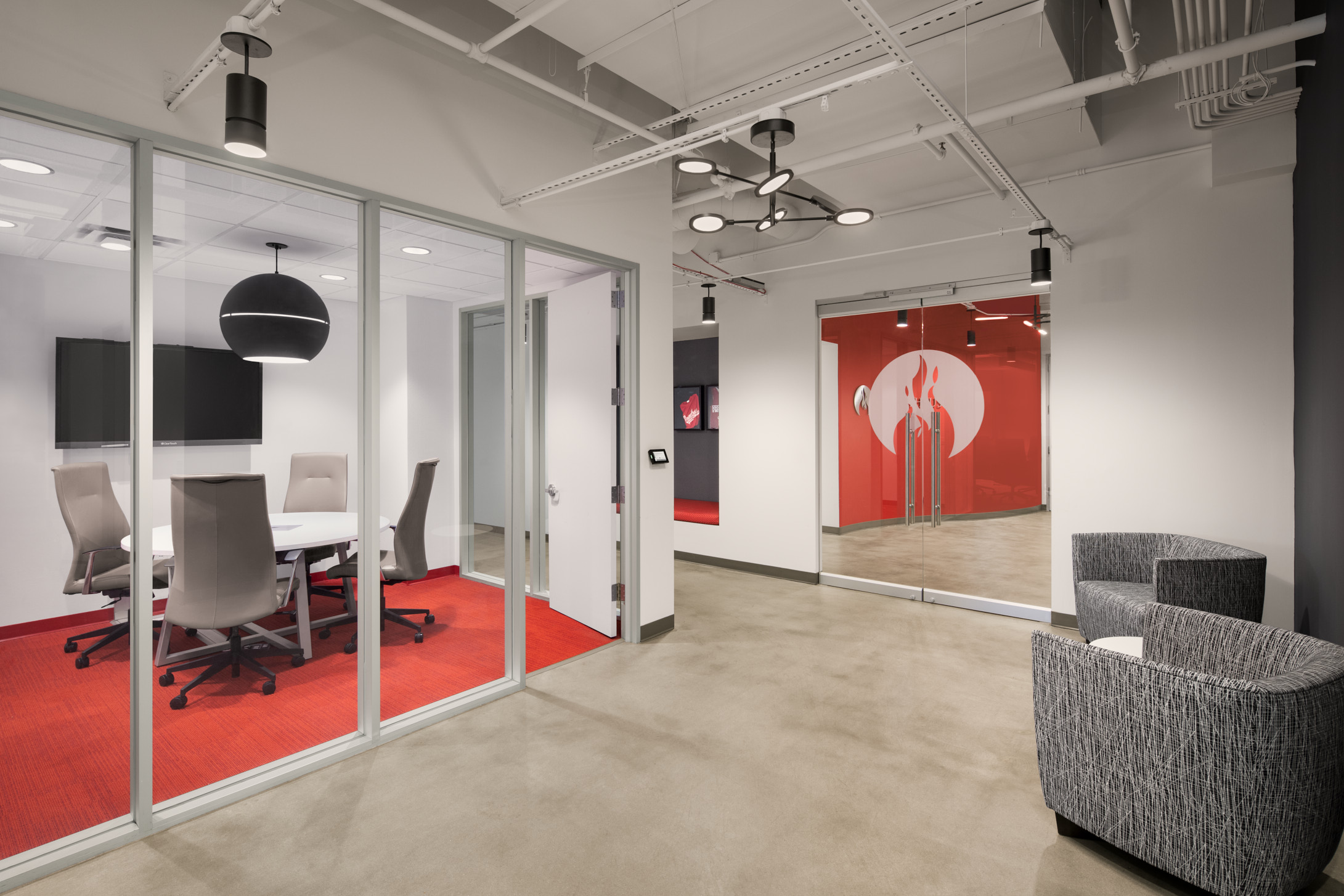 iS design’s involvement with creating the future home of the Prometheus Group headquarters began in December 2018 with one-on-one client meetings to define programming needs, essential goals, as well as confirm the square footage required for their new space.  The Schematic Design Phase was crucial in finding a solution to shift away from the firm’s current layout and create a focused design that would match the company culture, while also satisfying projected future growth.

Those goals were met with the new location’s design by providing a bright and open space where teams could easily work together. This includes nooks for quiet working and privacy, and also acoustically isolated spaces for video gaming and weekly team chill-time. It was likewise critical to provide plenty of meeting space as well as impromptu touchdown spaces that are available and welcoming to all teams. The layout was thoughtfully designed to provide the aforementioned needs while keeping and maintaining adjacencies, allowing light to filter into the space and providing branding opportunities.

The final plan had Prometheus Group occupying two floors, with a total of 33,900 ft.². One of the floors had previously been taken back to a white box condition by the building Owner and the other floor had been completely demolished to shell space.

Prometheus Group’s space was just completed the end of December 2019.  The completed space reflects all of the goals that had been defined a year earlier. With the branded red accents, gaming break room, and crisscross “light saber” logo wall, their new space exudes their “work hard, play hard” culture. 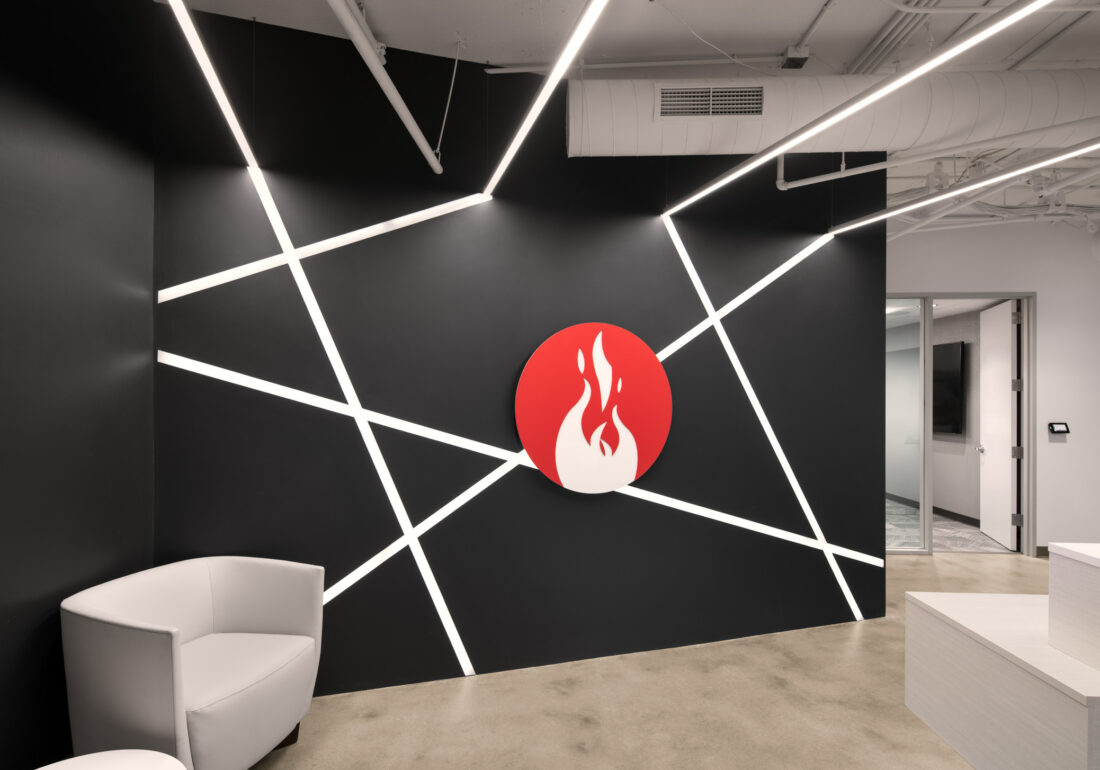 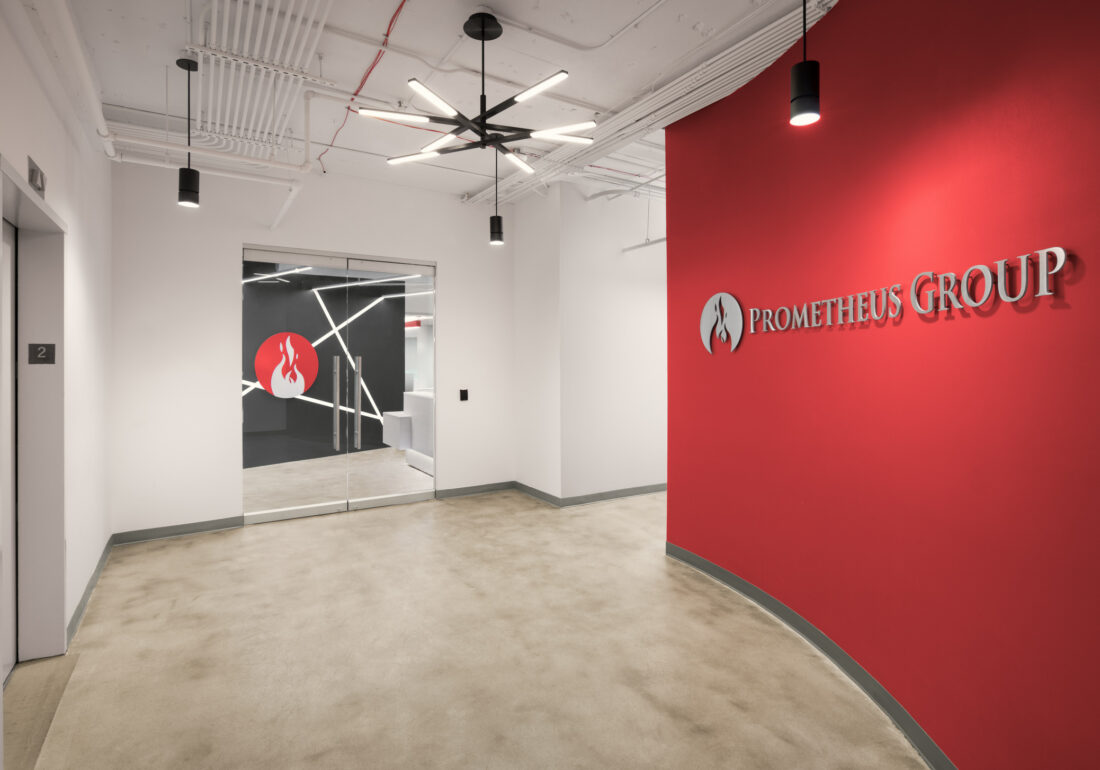 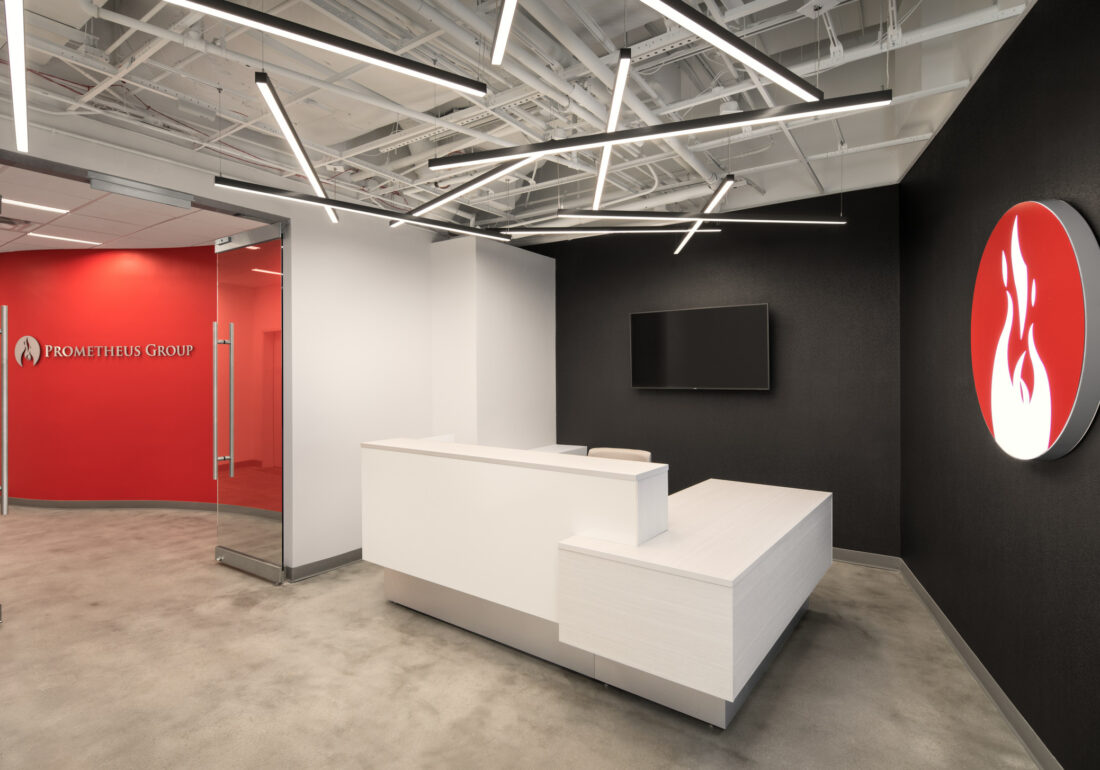 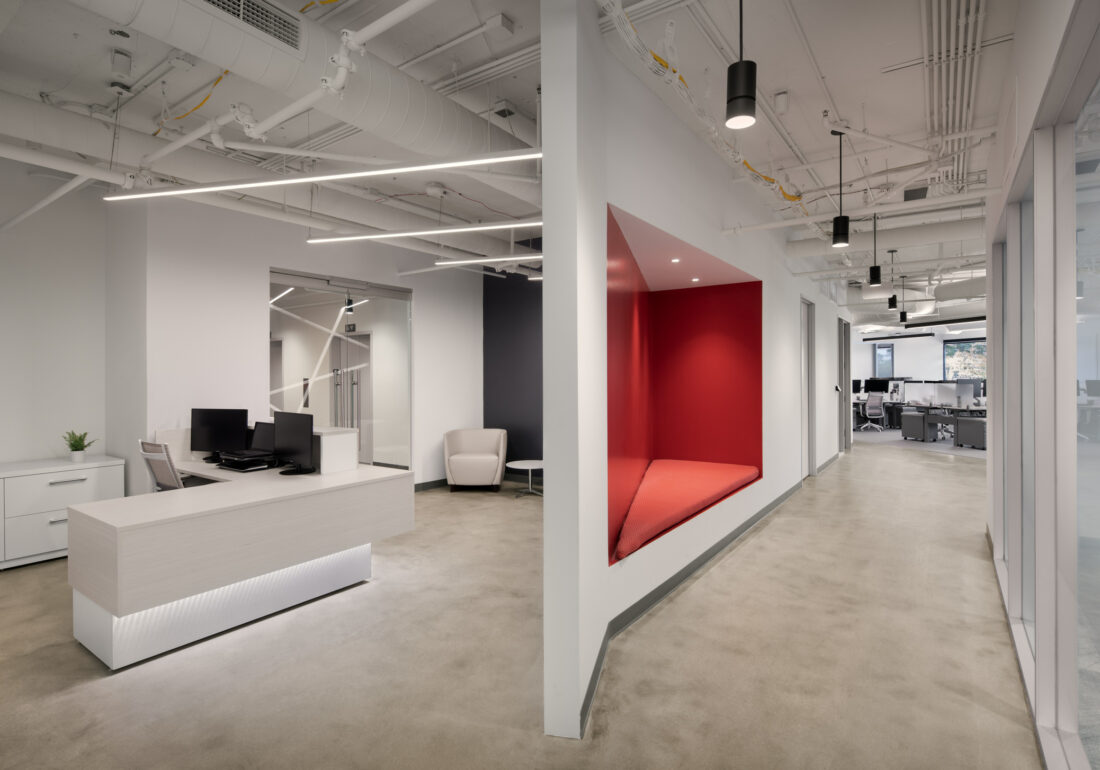 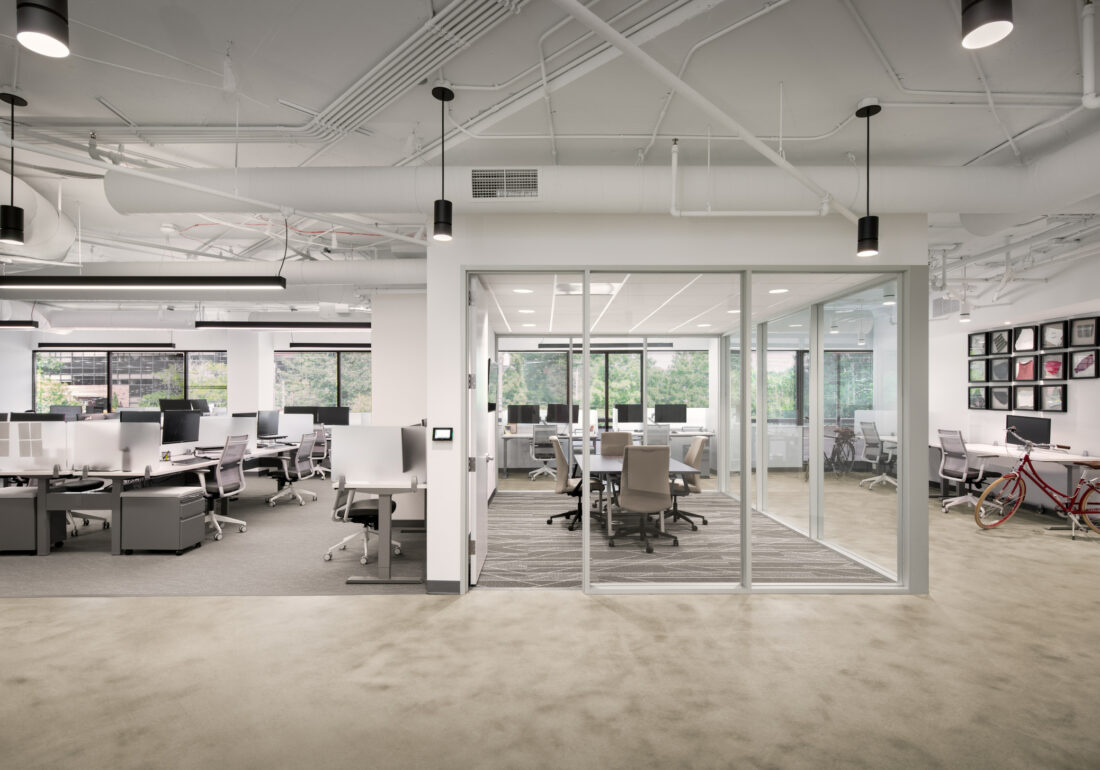 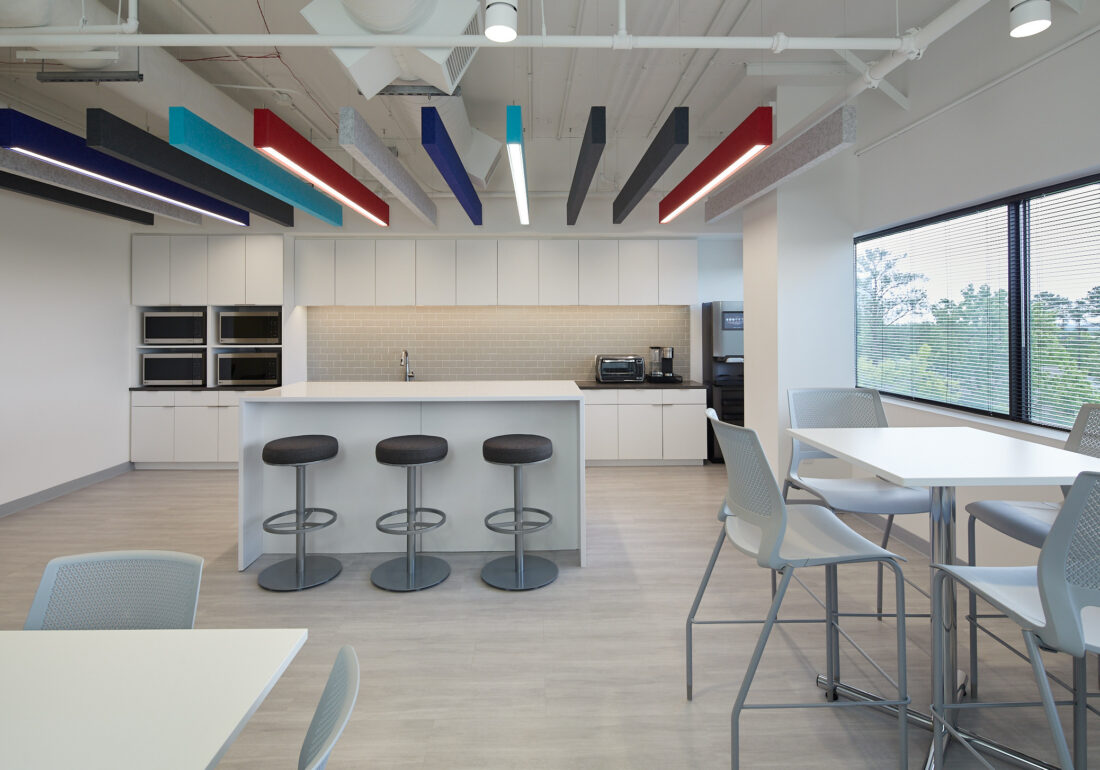 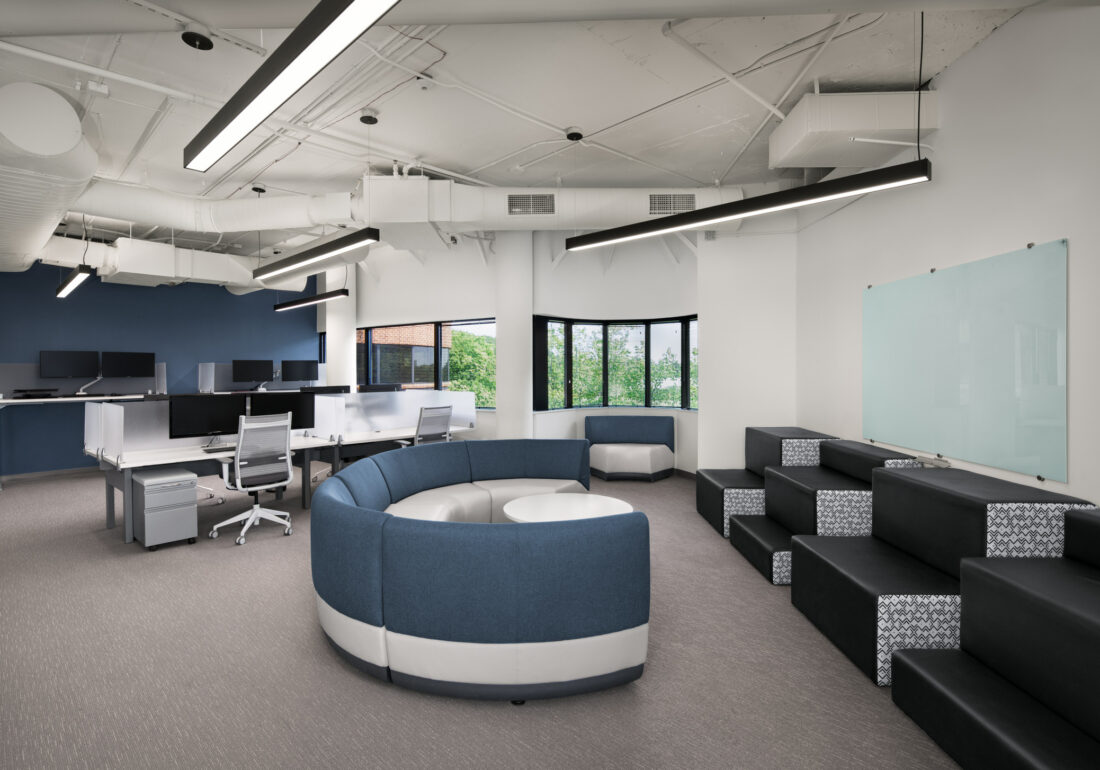 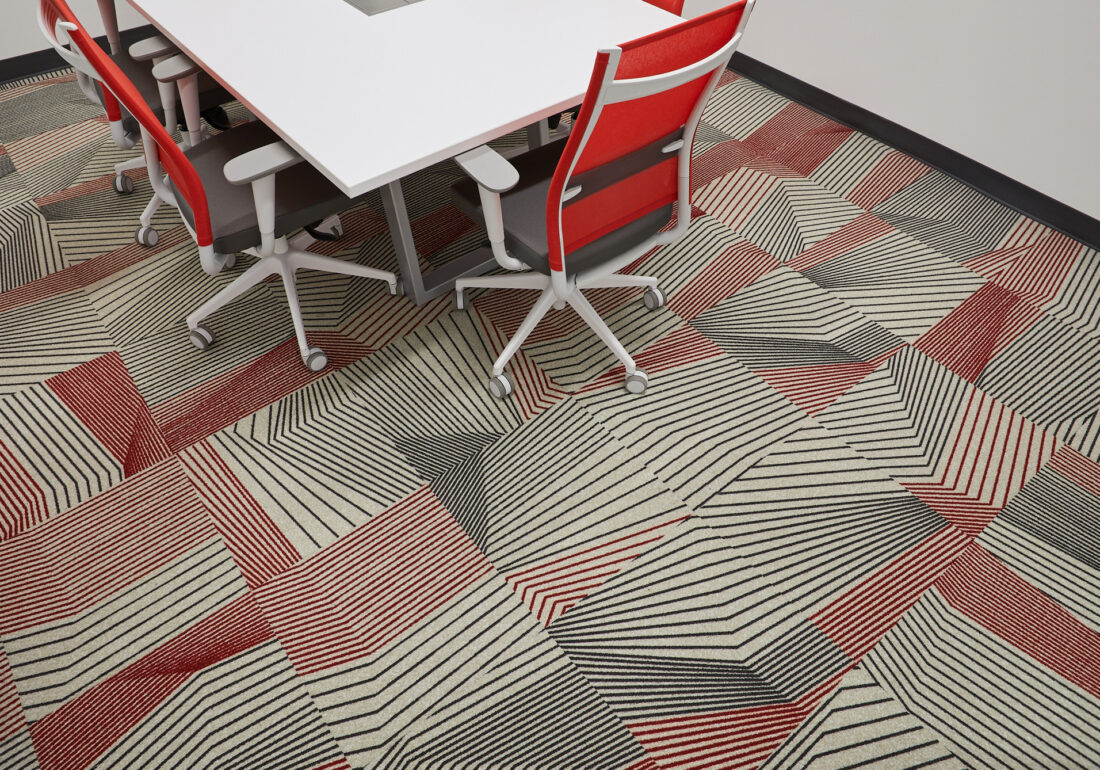 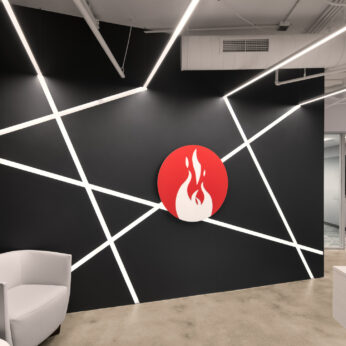 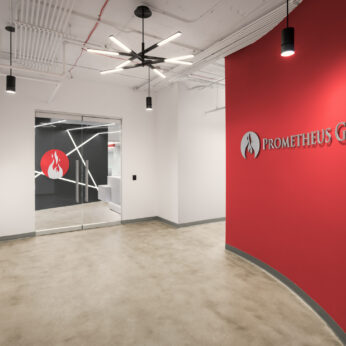 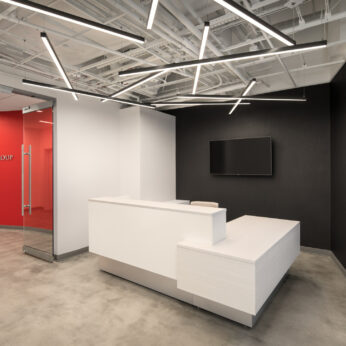 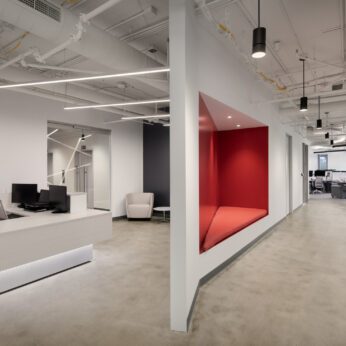 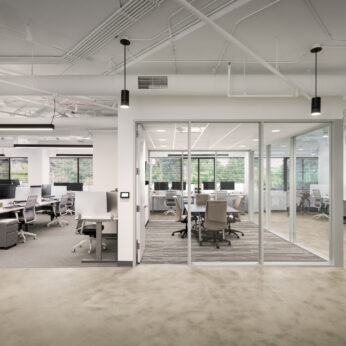 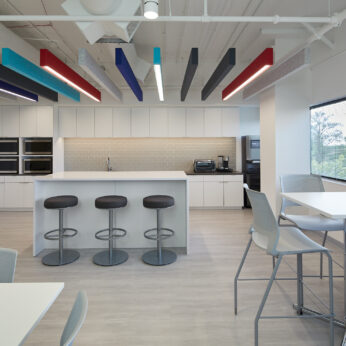 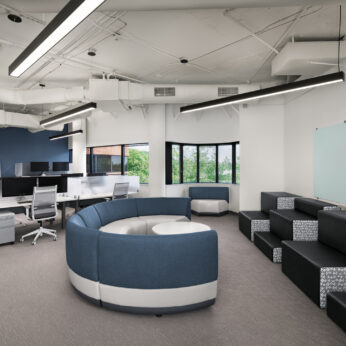 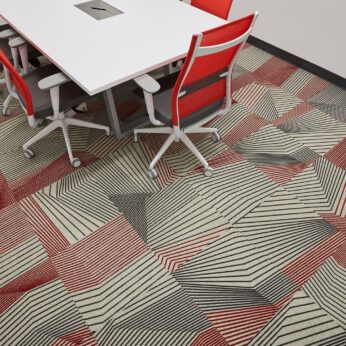 Prev iS design
News & Observer Next